Celebrating 20th Anniversary of Demob`s “Better Late Than Never” Album
Demob is a 1978 street punk rock band from Gloucester UK formed in 1978 by Terry Elcock and Johnny Melfah.
The 3 years initially together saw 2 vinyl 45rpm singles Anti Police and No Room For You on Round Ear Records and inclusion on the first Punk and Disorderly Album compilation released on Abstract Records.
Better Late Than Never is the very first album of a revitalised 2002 band which includes unreleased songs and their 45rpm singles. It was a start of another journey for the band and the “Demob Riot Squad” that took them around the world playing to a wider base of punk rock music lovers.
Mad Butcher Records are please to now have on their catalogue for sale in Vinyl 33rpm and CD format, this piece of punk rock history aptly named by Demob “Better Late Than Never.” 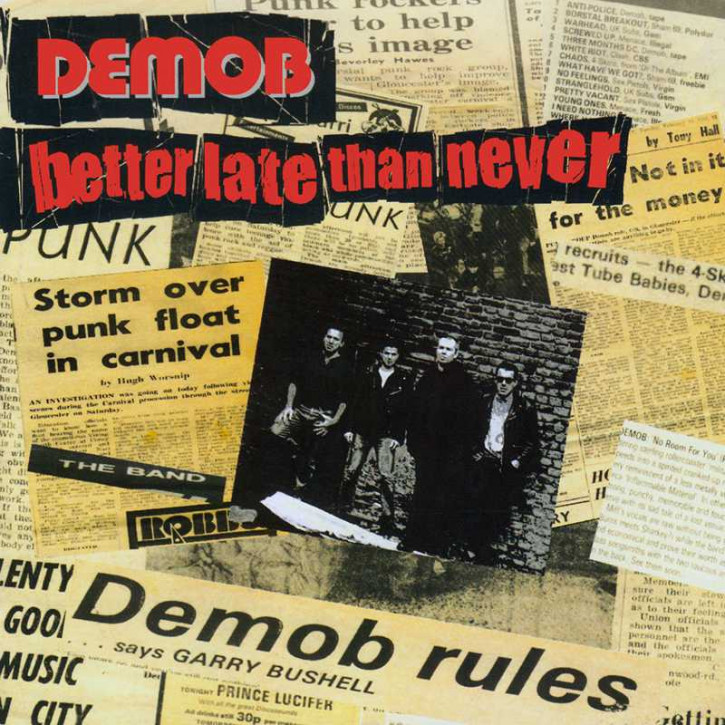