THE OUTSIDERS CLOSE UP LP

The Outsiders, hailing from Wimbledon, England, were one of the many bands to rise up through the UK is punk explosion of the late 70s. Citing the Velvet Underground as their primary influence, The Outsiders were fronted by Adrian Borland, who went on to form the seminal post-punk band The Sound following the demise of the band. Gaining exposure through opening for acts such as The Jam and The Vibrators. Bob Lawrence (bass) and Adrian Janes (aka Jan, drums) rounded out the band. The Outsiders were the first UK punk band to self-release a full album (their first LP Calling on Youth), on their own Raw Edge label. With Close Up, the band matured and further developed into the punk sound that was clearly a gateway to Borland's work with The Sound. The band were clearly influenced by the Detroit rock sound of The Stooges and were even joined on stage by Iggy Pop himself for their rendition of 'Raw Power'. Long out of print on vinyl, this reissue provides a great look into not only the development of the legendary Adrian Borland, but also a look into the transitional phase of UK rock from classic to punk. This release includes diary entries from the diary of Phil King (Lush, Jesus & Mary Chain, Primal Scream, The Servants) written during The Outsiders' active years as a band, and includes memories of attending their shows, buying instruments from Adrian Borland and the original art from his diaries. 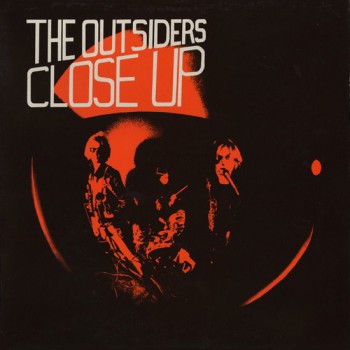 The Outsiders, hailing from Wimbledon, England, were one of the many bands to rise...

The Outsiders, hailing from Wimbledon, England, were one of the many bands to rise...