(RELEASEDATE 27th of april)
Generals and Soldiers is the third release from Fatal Blow. The first album “Hope not Hate” captured the band at the start, our second album “Victimized” stepped it up a notch. The band has come into their own with “Generals and Soldiers”
We are three working class lads who have an international pedigree. Where we have built up a loyal following.
All clean cut and no frills. Our music is heavily influenced by classic Oi! bands from the 70’s and 80’s.
With songs that embrace the skinhead culture, including anti-government and pro-working-class themes.
We all grew up in former mining communities, but also paid attention to what is going on around us.
Tackling global issues. And the decline of our communities.
From the Homelessness on our streets (Tent City)
To the rise in racism (Proud Boys)
From the terraces to the forces and our day to day struggles with society.
We are all classed as either Generals or Soldiers. 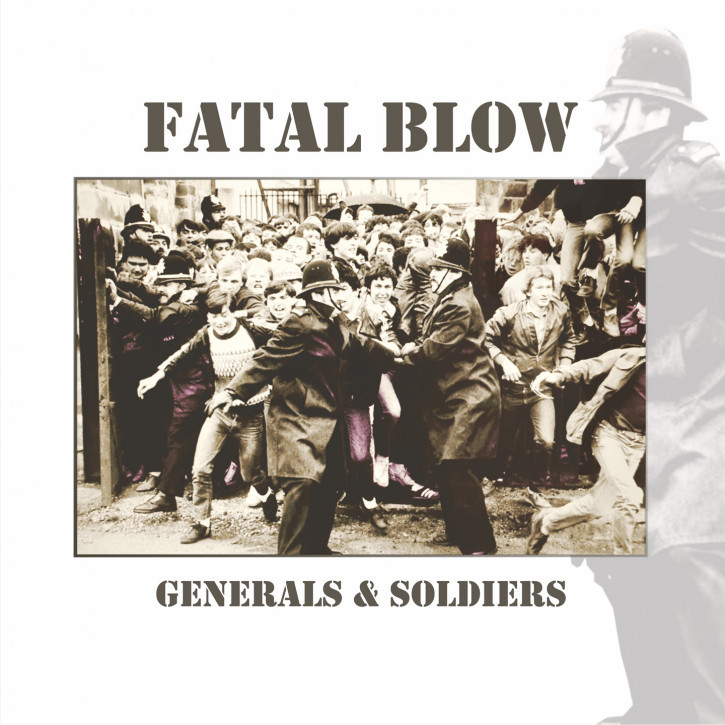 (RELEASEDATE 27th of april) Generals and Soldiers is the third release from Fatal...

(RELEASEDATE 27th of april) Generals and Soldiers is the third release from Fatal...