RELEASEDARE 13th of jule
LP comes with full cd version of the album + 10 livetracks
In the middle of 2018 our friend Attila the stockbroker was booked to play in our hometown of Sunderland and asked us to play a short set at the gig. The band hadn’t been together since 2000 but l liked the idea. I contacted original singer Patty Smith who was up for doing it and so was drummer John Forster. We recruited two guitarists and really enjoyed rehearsing the old songs and the gig was great. We enjoyed playing together again so much that we decided to get back together permanently. When word got around that Red London had reformed we got booked to play the UK Rebellion festival in 2018 and we recorded a 4 track vinyl E.P. called ‘Kings of the Streets’ for Mad Butcher Records that was released in early 2019. We played at the Berlin ‘Punk n’ Disorderly’ festival in 2019 as part of a European tour and also got booked again for Rebellion 2019 in the UK. The new album ‘Symphony for the Skins’ is our first new album in 20 years and we think it’s our best yet. Mick Jones and Dave Jones of Red Alert and Loudmouth both played guitar on it. On the CD version of the album the full live set from Berlins 'Punk n' Disorderly' 2019 has been added as bonus tracks. Patty, Gaz and John are still in the band with two new guitarists and we’ll be playing ‘Back to Future’ festival in 2021 as well as touring Europe and the UK.
The Red London line up is....
Patty Smith - Vocals
Danny Collings - Lead Guitar
Marty Jackson - Rhythm Guitar
Gaz Stoker - Bass
John Forster - Drums
Red London are back and better than ever.
(Gaz Stoker - Red London) 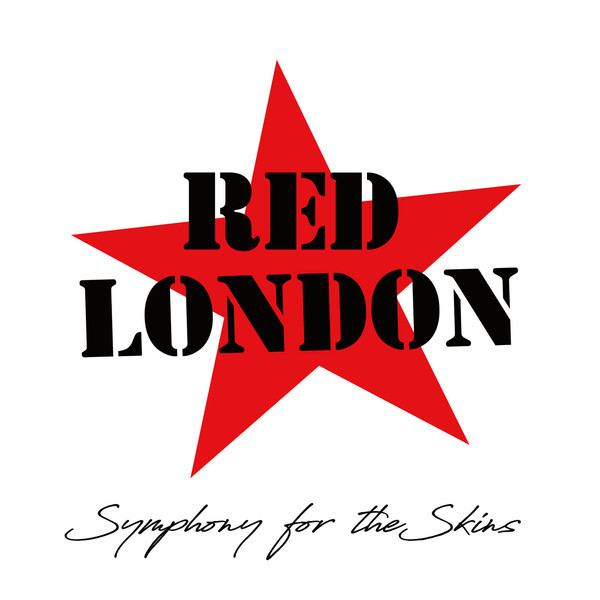 RELEASEDARE 13th of jule LP comes with full cd version of the album + 10...

RELEASEDARE 13th of jule LP comes with full cd version of the album + 10...